New to the Community!

My handle's TechToaster, generally what I go by on any game or convention, but people tend to just call me "Tech" for short. I've been immersed in the electronic entertainment industry for some time now as an Indie developer, starting off in Second Life back in 2008 on a sim dedicated to recreating Midgar from Final Fantasy 7. Ever since, I've been primarily a builder / level designer in that community, from primitives to meshes.

For a while it was a hobby, until I actually landed a job offer by id Software in Richardson, Tx (the people who made / are making DOOM). Unfortunately, I was in the Marine Corps reserves and actually deployed the day I received the email, so I was unable to accept the position, sad day...

But now, having ended my Military Career as a disabled veteran, I'm using my GI Bill to pursue an education in Arts and Technology at UTD (taking core classes elsewhere and hopefully transfer when I have my associates), which mind you is a fantastic method to get into the industry. Hell it was reccomended to me by friends of mine at Gearbox!

Anyways, I found this forum as I looked through YouTube in between classes, as I was looking for tutorials on Unity (I'm currently working on their roll-a-ball tutorial, trying to learn how to produce a fun and engaging minimum viable product before I delve deeper), and watched ninja's first tutorial on the UI.

When I saw a community that supported discussion, questions and answers, free assets and a place to potentially construct a team for a project (or even join one), I couldn't resist and do here I am! Hopefully I can post a thread with some of my work, and hopefully be a contributing member!

Oh and uh, I'll just end my post with a rid but of advice I have learned in my time (and something Extra Credits teaches too), FAIL FASTER!!! That way you can improve, don't be afraid to fail on your first, second or even third try. But build upon those failures to succeed!

See you all when I get home!
TechToasterMember [Lv. 0]

more_horiz
VERY new to game development myself. I'm a pen and paper artist, working with a friend to develop our very first game, and We've decided to use Unity for the time being. I'm likely going to be on this forum a lot though, as electronics hate me. lol
Any help I can get is GREATLY appreciated 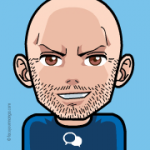