more_horiz
Intelligence(alpha)
"Hello recruit.
If you're hearing this, you've been chosen to join the U.S.I - the Undercover Spy Initiative.
You're our last chance of looking at what other countries are planning to do with us, whether it be war or peace. We want you to go undercover as an enemy spy, and seek out any information you can find.  If you find any, you'll be paid in I-coins which you can later redeem for better equipment."

Your goal is to go undercover as an enemy spy and grab the codes to unlock the briefcase by backstabbing the enemy team, or you can go all out offensive and get the briefcase itself.  This game requires teamwork, and everything you do in each match counts - the results of each match are counted towards an end goal, and the team with the most briefcase captures after 90 days wins some more I-coins.  You can play as 4 different teams, but these have been undecided as of yet.
Gamemodes (* means counts towards goal):

Features (* means planned, may not be added):

P.S. The launcher is most definitely not final, it is just something I quickly whipped up this morning, and will be updated later as it is currently only used to download and update the game

P.S.S The game is most definitely not final either - any animations were whipped up in 30 seconds, but more time will be taken so that the next update is polished.
_________________
four kbytes of data | working on an untitled fps game
4kbytes. (xezno)Member [Lv. 3] 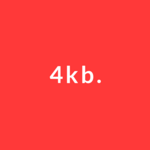 more_horiz
I'm downloading it, if it works I'm going to reply my opinions here.
p4p8jMember [Lv. 1]

more_horiz
For some reason, when i insert the code, it says code correct but then an error message appears saying that the access to programfiles/intelligence is denied, so yeah i dont know how to fix it, so i cant play :/
p4p8jMember [Lv. 1]