Hello there. Let me introduce myself. I'm a human being. Done! Now let's talk about the game. I'm starting a survival game, as you already know. I know you're thinking that the game will turn out like another Unturned, Minecraft or Rust Clone. You are wrong! The game will have unique ways of crafting, surviving system and more... Don't worry about that, my surname is unique. After we finish the first version of the game, i'll make a steam page of the game and probably upload it to steam greenlight.

How to join in the team?

Now, the main developer of the game is me, that means i'm programming the game, working on the networking system, configuring stuff... You're probably thinking what i want from you then. Well, i can't model, animate or draw. So if you have experience with modeling, drawing, making textures, animating or any sort of graphical stuff, you're welcome in the team. If you want to join you don't have to be over 18 or something like that. Even if you're 3 years old, if you're good with what you're doing, you are accepted. 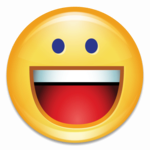 more_horiz
Hi I sent you a skype and steam request I make 3d weapons and some enviorment things for games and I was wondering if I could help you with your game.