I'm an archaeologist working in the American Midwest, and have developed an interest in recreating prehistoric environments using 3D models and digital environments. I think that the combination of these tools will be useful for my research interests in the built environment and phenomenology, as well as for public outreach & teaching.

A long - long - long time ago I toyed around with the half life hammer editor, in a totally amateurish way recreating my apartment building, etc. I remember being completely defeated by trying to create a skybox and quitting. (At least I think it was hammer, there's like a 2% chance it was SDK? but the timing doesn't seem right, but the assets in my memory do seem to match? Like I said, it was a long time ago). Clearly, this qualifies me to learn unity.

A colleague and I have been experimenting with 3D photogrammetry of excavations and objects, and then creating digital catalogs, displays, and teaching tools. To make a long story short, that has spurred my curiosity for reconstruction/recreation of prehistoric communities. Our first digital "museum" (handful of scanned objects, and an excavation unit with floating text over them) was created in unity, so I'm going to begin the process of teaching myself how to create in the program, with a short-term goal of comparing an object built entirely within the engine to a photogrammetric scan of a physically reconstructed object and comparing the output of each.

I'm very excited to begin this project, and hope to get to know you all as it goes forward.
~Marcus
MarcusSMember [Lv. 0] 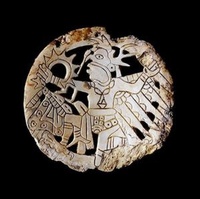