more_horiz
The battles will take place in a futuristic world which is inspired by a game called final ninja (it is really fun…and a bit addictive…) Here is the link to it: http://www.nitrome.com/games/finalninjazero/. In the game, you will have to invade a base, but first, you must collect data about it. The base is a top security drug factory and it is guarded by a group of terrorist called the Mafia Militia. Each time you raid a safe house, a warehouse and other enemies' bases, you collect a piece of map about the base. Another enemy you have is a group of rich pirates that had taken other the pacific islands, you will have to take back the island at some point in the game. So now that I explained the story line, let me explain the strategy part.

You will have to plan the invasion on the enemy's bases, (e.g. command a platoon of tanks to take out SAM sites to allow bombers to fly in) you will have to plan ahead to make sure that you can get enough information to hold off any incoming attacks. You will also get a squad who you can give commands to.

Here is what I have done so far:

more_horiz
cool! Could u post some screenshots/ video/ webplayer of your game?
MisterNinjaBoyAdmin 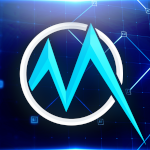 more_horiz
Sorry for taking so long, but the video will be up before tomorrow, I promise!
Joshua1205Member [Lv. 2]

@MisterNinjaBoy wrote:
cool! Could u post some screenshots/ video/ webplayer of your game?

Oh... and i was wondering... can i have some help from you as I, unlike you, is not exactly an expert on scripting Thanks!
Joshua1205Member [Lv. 2]