more_horiz
I need a team that has played a silent hill game and knows what is expected in one. I have no experience using unity but i have used SketchUp in the past. This game is going to be original and the script to the story is being written as we speak.

The game takes place in eastern United States ; the main character has been going through some personal problems and can't accept his past. The main character is going through some tough times emotionally but feels alone in the world with suicidal thoughts; this leads to him ending up in the Silent Hill world. I will need a team who can use google earth to create the terrain, monsters come from multiple Silent Hill games and each one represents something that haunts the main character. The game needs to have HD graphics; not looking for the top graphics, but good enough to give the players the chill of a Silent Hill game. The combat skills should be standard moves and few guns; characters to interact with from the real world and monsters to attack in the "other world". I need people who can teach me how to use Unity as well.

Features in this game that need to be made...
-Maybe an online co-op where the two main characters help each other from different parts of the silent hill world with out one another they cannot advance the next part of the story
-HD graphics to ensure that the player is in fear as a "monster" approaches the player; I want a beautiful picture for the player to feel the mood fear.
-HD first and third person gameplay
-Great voice acting!
-Great story development.
-Puzzles to solve to progress in the story
-Beautiful HD cut scenes
YoungestEmilioMember [Lv. 1] 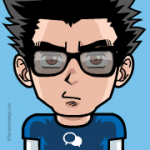