Am I Crazy, or Is My Unity Broken?

Am I Crazy, or Is My Unity Broken?

I'm pretty new to Unity, but I've already completed a few tutorials, and I've worked with many game development tools in the past. (I'll explain why this is in the request thread after I explain the problem.)

I'm currently working on a game that will require heavy amounts of UI, and so I decided to focus a lot of my attention on learning Unity 5's UI system. However, whenever I try to do something that I see other people doing in their tutorials, I get a VERY different result. For instance, while working in a 2D project, I created a button using the Create Asset menu. I have a background image that is 600x600. When the button gets spawned in, I can't even see it, but it's in the hierarchy. Turns out, it's there, but it's about 1000 times bigger than my background object. Even without having the background object, buttons spawned in are MASSIVE. On top of that, the canvas that it spawned with was immovable, and could not be resized.

So, my request is that, unless someone actually knows the problem here and help me fix it through the thread system, I was hoping that someone could watch me do it through a skype screenshare, and work me with until I can get past these strange hurtles. I've spent tons of hours trying to figure it out myself, and have just set my game development further and further back, and I'm really loosing the will to even mess with Unity or make this game, for that matter.

So, if anyone would be willing to be my tutor, even for just a little bit, please private message me or let me know in this thread, so that we can setup a time to do it. It shouldn't take too long, unless my Unity is actually broken, and I need to reinstal it.


TL; DR: My unity is acting super wacky, and I can't seem to troubleshoot it. Would someone be willing to work with me personally (through something like skype) to help me figure this out?
on Tue May 19, 2015 4:01 pm
MeekoSoupMember [Lv. 0] 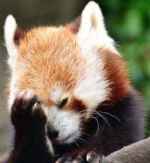